SNES or Super Nintendo had to face intense competition due to its relatively late release. However, the 16-bit console allowed the SNES to craft more immersive worlds and vivid characters in their games. In fact, developers created some of the best SNES RPGs that are difficult to overlook for any retro gamer today.

The rivalry with SEGA’s genesis was tough and it kind of compelled Nintendo to come up with ingenious styles and excel at the genres. The evolution in RPGs is clearly evident in the list of best SNES games in this genre.

Action RPG is a genre many gamers tend to be crazy about. It’s so addictive to kick the enemies’ ass in a surreal setting with creatively crafted characters. The newer more potent hardware in the console let the developers come up with some brand new exciting titles. Let’s have a look.

Almost all retro gamers would probably know this name. It has many sequels but this is the one that played a vital role in the rise of SNES.

The game features a jobs system, which means that you will play with different characters simultaneously following a turn-based command. To make it further interesting, each of your characters can pick over 20 different job classes. It gives you a chance to develop a winning strategy in the game.

The villain is really challenging, you can travel the world in a variety of ways using different transportation, and the sound effects are also above average. All these traits combined, the game lets you flex your mental muscles and is one of the most engaging RPGs ever designed. Read more: Best SEGA Master System Games 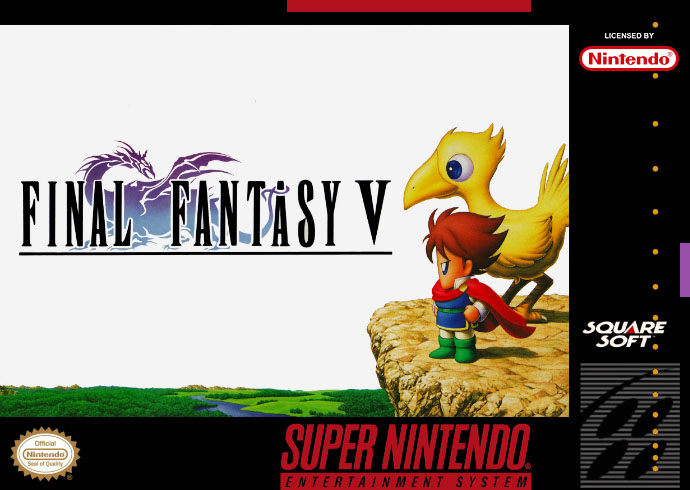 Most adults have grown up playing the Super Mario game. It was one of the first platformers that had mastered the mechanics of its type and had a huge role in making Nintendo popular. So, it shouldn’t be a surprise if you feel one of the two emotions; apprehension or excitement when hearing about this new RPG style of Mario.

However, once you try this game and come to see Mario and Bowser as allies, it’s definitely worth playing. Of course, Mario and Bowser may not be your first choice of characters in an RPG, but this is actually quite funny and entertaining. If you just like to have a good time while playing and prefer shorter gameplay sometimes, this is made for you.

If by any chance you missed to try this action RPG, this may be the best SNES RPGs you never played. In fact this game proved the importance of real-time action RPGs as an alternative to turn-based games.

You get to play this one with three characters but you only control one character at a time. The visuals are truly gorgeous and the multiplayer option elevates the status of this game even higher among the gamers. It’s also incredible that other players can enter and leave in the middle of the game.

It has a fun storyline but it only starts making complete sense in the second half of the game.  The story revolves around the legendary Mana sword that three boys accidentally discover as one of them falls into a lake. As a consequence, several monsters are also unleashed into the villages. The game involves a lot of travelling, elements of surprises, and crisp graphics. Read: Best Commodore 64 Games that Became Bestsellers 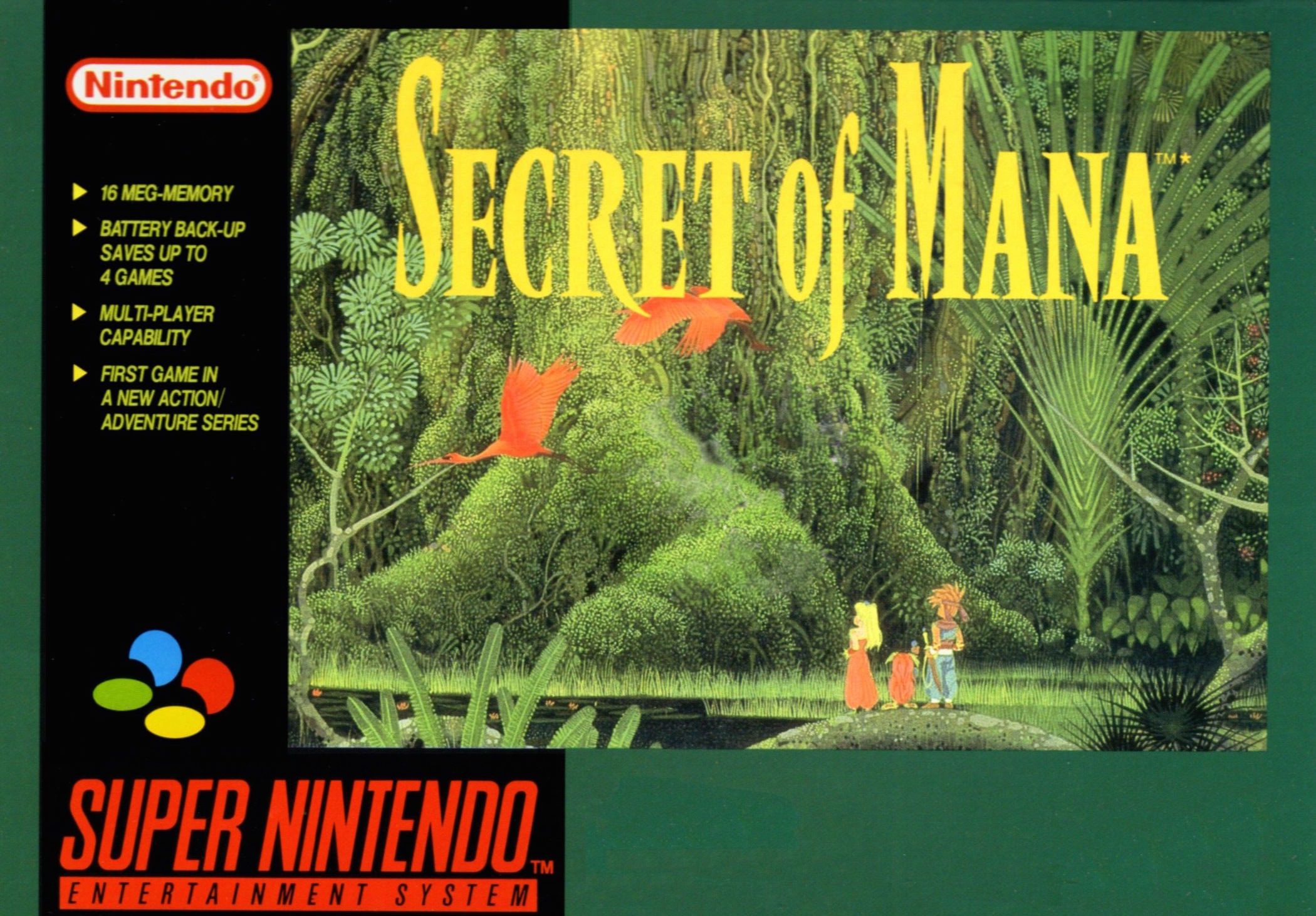 With this RPG title, it can easily be said that the artists put some real work in creating the backgrounds and animations. The turn-based battles, quirky characters, and the character interactions are what make this game extremely fun to play.

It’s a story-driven RPG where your character must navigate top-down, venture through several dungeons, and defend against your enemy attacks. The dialogues and hints in the message box at the bottom help you solve challenges and progress in the game.

Considering the age of this game, the storyline is pretty good. However, today we have other games with similar concepts. Anyway, overall it’s a pretty good game to kill time.

Amidst several SNES RPGs that focused on fantasy worlds, this one kept it simple and featured a more realistic setting. Even the characters look like ordinary children rather than ancient warriors or strange animals.

Earthbound could be one of the most expensive of the SNES ROMs. The game is quite fun and invokes the spirit of the 90s fairly well. The graphics aren’t the best you would see in SNES titles, but the fantastic soundtrack makes up for it. The game mechanics are also interesting and keep you glued.

The game tries to reflect the western culture in a plot with a young boy who investigates a nearby meteorite crash. Your character gradually discovers that an alien race has consumed the world and turned people and objects into malicious creatures. You must travel to different towns and ultimately eradicate the alien from existence. Read more: Best DOS Games of All Time

Ogre Battle: The March of the Black Queen

Despite generic storyline and ordinary graphics, this game really managed to create its place in the RPG gaming world. Focusing predominantly on gameplay and combat, this game became a personal favorite of many in that period.

The retro gamers must at least once give it a look as they might love the tactical battles, plenty of character choices to recruit, and solid music also gives it a high entertainment value. For these reasons, we couldn’t miss it from our list of the best SNES RPGs. 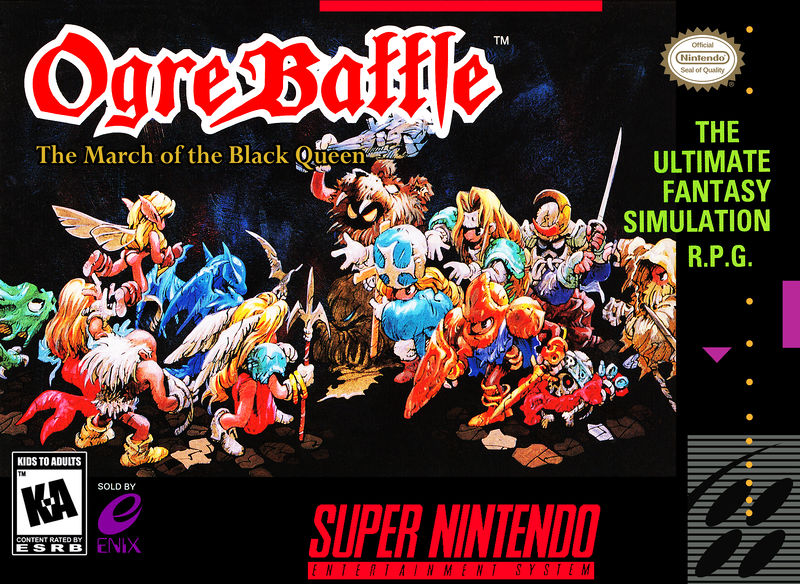 When you are talking about old school gaming, the list really never seems to end. There are plenty of best SNES RPGs with extremely unique characters and settings. The rivalry between the contemporary console brands ensured that every new release promised an entirely new exciting experience.

Our criteria for picking the best ones is centered on the storyline, gameplay, interactive elements, colors, as well as the crispness of graphics. But we sure didn’t skip the ones that are addictive to many despite some subpar elements and features.