The Atari 5200 gaming console made its debut in 1982, but this 8-bit console had quite a short–lived shelf life. This caused the Atari 5200 to have a slim collection of games; nonetheless, these were some of the coolest arcade conversions. If you are into retro-gaming, or if you just want to see how gaming has evolved leading to its present state, going through the list of the best Atari 5200 games will be worth your time.

Like Nintendo, games for this console were sold in cartridges form and joysticks were introduced with this new Atari console. Though the console failed to keep up with the high expectations of the Atari fans, it released some of the very memorable games and it played a vital role in bringing the gaming industry to where it is today.

The original Pac-Man has been one of the most successful and timeless arcade games. The Atari 5200 recreation was a quantum leap over its predecessor version and this time they really did an excellent job. The maze layouts were more intricate, the intermission animation was really fun, and the ghosts really had eyes!

The actual eyes on the ghosts and the bouncing fruits did help make the recreation live up to the hype. Ms. Pac-Man is one of those games that have stood the test of time and it remains unbeaten. Its simplicity and the interesting concept have made it a personal favorite for many even today. 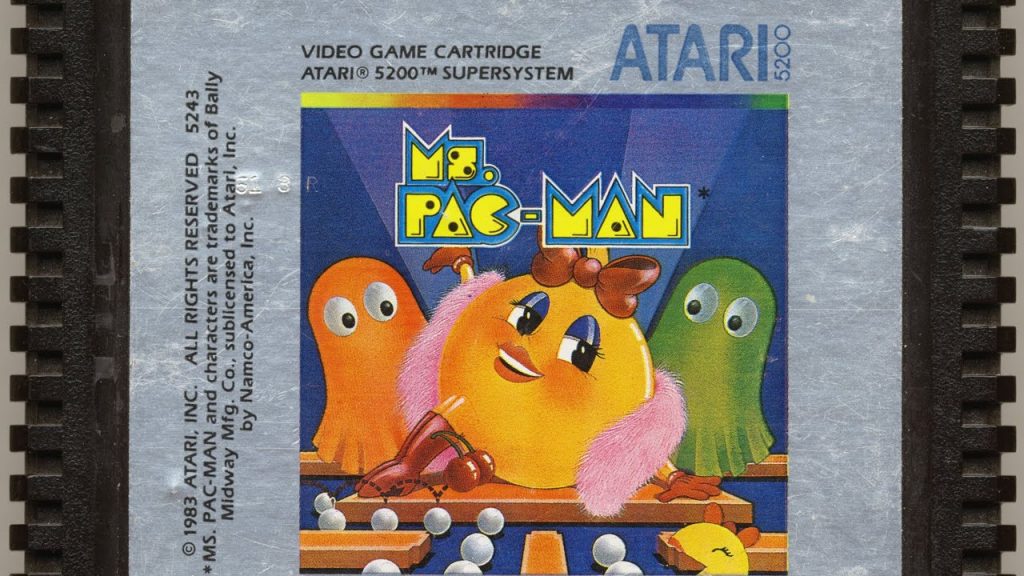 This is a strategy based ‘chutes and ladders’ game that is similar to Donkey Kong. Amidst the ‘quick-reflex’ types of games, this game is a little more strategy-based and therefore grew quite popular. The game features ladders and elevators and you have to walk and climb while avoiding the enemies.

In spite of the single screen, the game is rich with many fun elements. The challenge is not just to jump over your enemies to avoid them. You must decide when to climb and where to climb from. The game is longer and more complex than other games in this format.

At first, it may seem like a regular spacecraft shooting game, but it has a storyline and a really interesting gameplay. You pilot a lone-spacecraft and ride it through space with the end objective of destroying the demon, Sinistar.

You must collect drifting planetoids and catch crystals that are released when you correctly shoot a planetoid. The collected crystals turn into Sinibomb that you will later need to defeat the enemy, Sinistar. While you collect these crystals, the enemy worker ships also collect these to construct the game boss, Sinistar. A unique aspect of this game is that the enemy ships can guard the Sinistar as it is being built, mine crystals, as well as directly attack your ship. 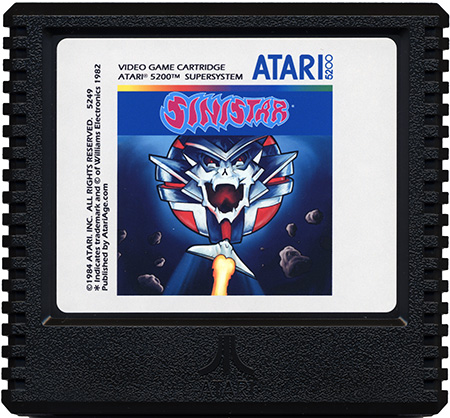 This is a 5200’s recreation of the classic arcade game featuring tiny characters controlled using two joysticks. One joystick would control the movement of the character and the other controlled the direction that the weapon would fire.

The storyline involves human-created robots that are now keen on destroying the human race. Your job is to kill the robots while defending and rescuing the surviving humans. This fast- paced, quick reaction game worked effectively with the new Atari 5200 controller due to the analog controller with joystick coupler.

Enough about killing space robots, Centipede lets you shoot swarming insects in a garden theme. In this game, you encounter bouncing fleas, jumping spiders, and centipedes coming downwards at you. You need to kill them all in an extremely fast paced shooting.

Relative to the original arcade version of this game, the Atari version has a more squashed down display instead of the fully vertical orientation like in the original one. Also, the Centipede moves down a bit slower than in the arcade version.

The critics of Atari 5200 talk about how inefficient and horrible the joysticks worked, however, with this game, they turned out to be a boon. It was really fun moving with the joysticks and firing at those ugly enemies coming maliciously at you.

For those who have been waiting for the most technically impressive Atari 5200 game, Pitfall II is the answer. The original Pitfall game was a huge disaster with the Atari 5200 controller, but the new version addressed all the major issues and came up with a very successful game.

This game turned out to be quite interactive and featured sprawling landscapes, dangerous water bodies, and balloons that you can grab to ascend to new locations. The new version added a few newer areas and creatures. This adventure game requires you to jump across deadly chasms, swim through dangerous waters, swing on vines, and jump on crocodile heads and pass through the checkpoints. There was plenty of additional content in this new version of Pitfall than the predecessor.

If you are a fan of Tetris like puzzle games you will definitely find Qix very interesting. It’s a puzzle game with simplistic graphics but quite a nice concept that keeps you glued and addicted.

In this game, you are supposed to uncover a playing field by drawing multiple rectangular boxes. So what’s the catch? There are roaming “Qix” spikes that you must avoid to continue the game. You also earn points as you draw the rectangles at a faster pace and you can draw larger rectangles but that would involve a greater risk of collision with the spikes.

You must be attentive and careful as you draw larger rectangles faster while avoiding the threat of randomly moving spikes. After playing this game for a while, you would discover who fun geometry could be! 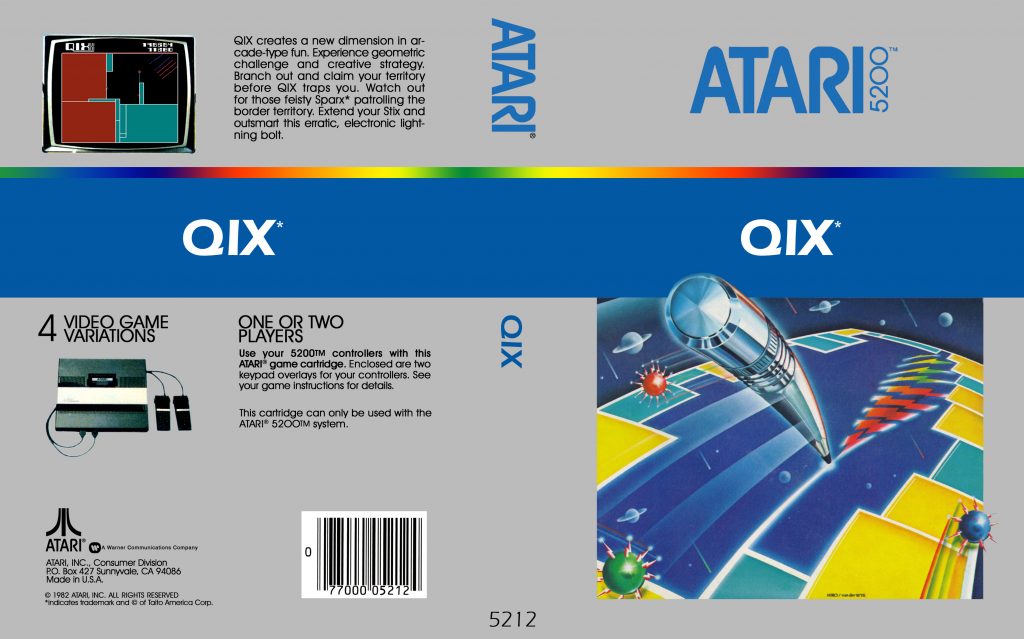 It’s always fun to revisit the best Atari 5200 games and to learn about how the current gaming industry has evolved over the decades. Each of these games has played a key role in contributing to the gaming industry.

No doubt, some of these games are so ingenious that they are still being loved and played on the PCs. If you feel drawn to any of the games we have mentioned do try searching for them online, some of the titles may still be available!